200 Pounds and Too Many Carbs

200 Pounds and Too Many Carbs

“Life changing transformation” is how Janet described her journey at Fit4Females in the 8 week Online Train with Trina Program.  Janet was getting married and didn’t feel happy about how she looked.  She joined my 8 week Online Train with Trina Program and experienced weight loss and a complete overhaul of what she was eating.  Janet went from eating carb filled food to an easy and maintainable eating lifestyle for her and her family.  Janet noticed a huge difference in her body that she had not seen in years in the way her body looks, feels and her strength and energy.  The Program gave her a lifetime of good eating habits in the making.

We have been lucky to have Janet with us for several years.  She has transformed into an amazing strong mama.  Take a look into Janet’s continuous success and Janet’s Member Spotlight….

200 Pounds and Too Many Carbs In Studio Success

“ My beautiful son and I were 3 months into our new world and most things were going swimmingly, except for that whole body image thing.  Now I knew not to expect too much too fast, but I couldn’t help but feel like I needed to start something soon…or this would be my future shape.  At 200 lbs…this would not be ok for me.  Not even close.   Pre baby, I was a snowboarder, a mountain biker, a general outside adventurer.   I had every intention to keep these loves in my life, and to introduce my son to them as he grew.  For this to be realized, I knew I needed to start something now.

Joining the F4F gang filled my need to start moving again.  It was a hugely supportive and entertaining environment that totally kicked my butt bi-weekly.  Plus I could bring my little man, which removed a rather large obstacle for me, as I’m a single mom.  (As of June 2016 married)

Now, eight months later..I’m 30 lbs. lighter, can do push ups (which is a first for me), and have the energy to get up to all my old shenanigans plus all the new ones of my one year old son!  In fact, I might even be at my strongest yet!  The best way I can describe the F4F community was a constant happy nudge to keep heading in the right direction, my success is a direct result of their positive influence and I can’t thank them enough.”

Why the Train with Trina Program worked for you

Trina not only provided the tools for success, she gave that “gentle nudge” to get up and use them. She reminded us that there is no excuse to delay getting work started on yourself!

Why you were able to incorporate this Program in your life

It’s not fancy; simple food and achievable workouts in reasonable amounts of time.  This is success using what you already know!  There were no crazy ingredients or intimidating food.  Meal prep was enjoyable and grocery lists provided…it’s all there waiting for you to just do it.

How has Train with Trina changed your life?

It made me see that change requires work, and does not happen by accident.  If I want something to be different, I have to do something about it.  I’ve spent too long hiding behind my excuses, and that resulted in a lifestyle that was not supporting my best health.

Why did you join?

I’ll admit, it was mostly because I was getting married in the next few months and was not happy with what I saw in the mirror.  There was literally no time like the present to get into shape.

The secondary reason, deep down I knew an overhaul was long overdue.  My willpower and self-discipline were non existent. And while I knew what needed doing, I was completely unable to get started alone.  Trina and team provided that boost to just get up and START.

How are you doing after Train with Trina

My meal choices are much better, I have not regained most of the weight I have lost (hooray!). However I am finding the summer challenging to keep up with workouts and eating clean.  The new part of this story is that I have an exact plan for what needs doing so I can refocus on my goals. 🙂

Want to make your own progress?

Check out the Schedule and choose to make yourself a priority by joining one of our award-winning Programs.  We offer Stroller Fitness and Adults Only Programs and Online Programs.  Try a Free Class now! 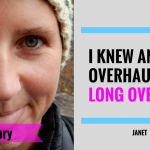 About the Author: Trina Medves

As Owner and Founder of Fit4Females, Trina has built her dream business from the ground up and decided to take make her passion a full time job after having children. She has been coaching and educating women for 23+ years to get active, stronger mentally and physically, to make themselves a priority and be their best self. She is described as a “Master Motivator and Inspirational”. Women are embracing her approach and filling her sold out multiple award winning classes, committing themselves to her mantra that “Strong is the New Skinny.” 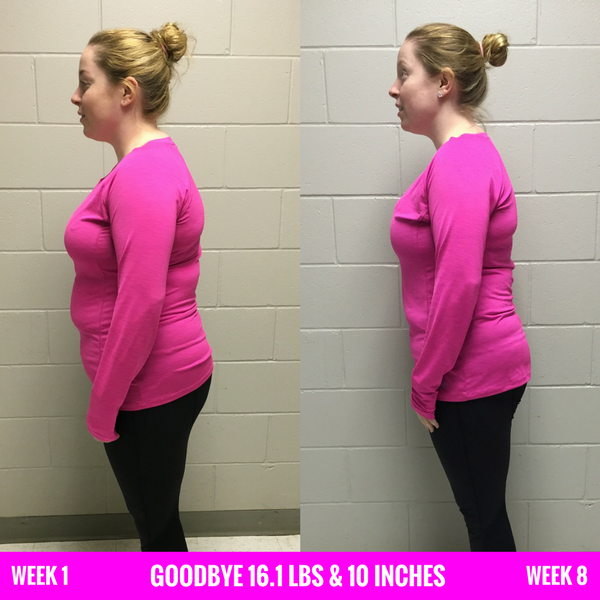